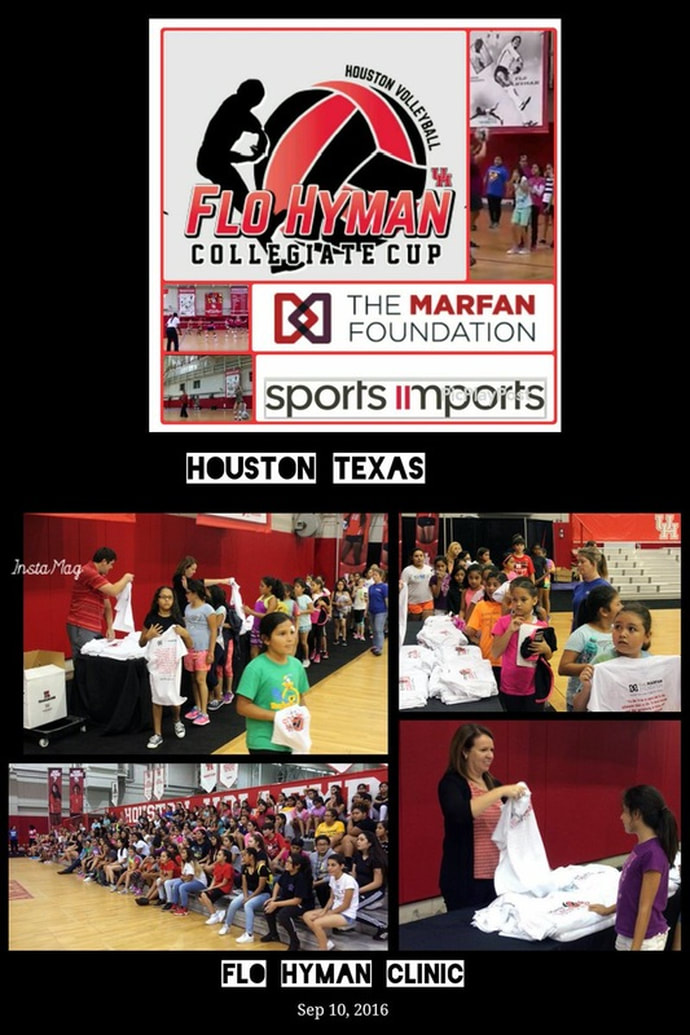 Competition Schedule for September 9 and 10

If Flo Hyman were here today, she would want all players to believe in themselves, teammates and coaches while honoring the sport, and respecting those at Houston. The University of Houston provided her the foundation to become one of the finest ambassadors the U.S. ever had. During her time as a Cougar, she loved going to class, training and representing a fine academic institution. She was given so many outstanding awards throughout her career, but the one that stands out the most to me is given by the Women's Sports Foundation, The Flo Hyman Memorial award. There are many states, cities, communities and universities that provide a similar award naming her and is given to any sport athlete that captures her dignity, spirit and commitment to excellence. Her final passion was becoming an advocate for gender equality in sport and for the passage of the Civil Rights Restoration Act of 1988. We join her in prayer and in thought recognizing and honoring her driving force-- that of helping others no matter what their social economic background. Everyone deserved an opportunity to succeed. Remember when she was offered a full scholarship in 1974 she chose to share the monies with her teammates. How many players would do that today?