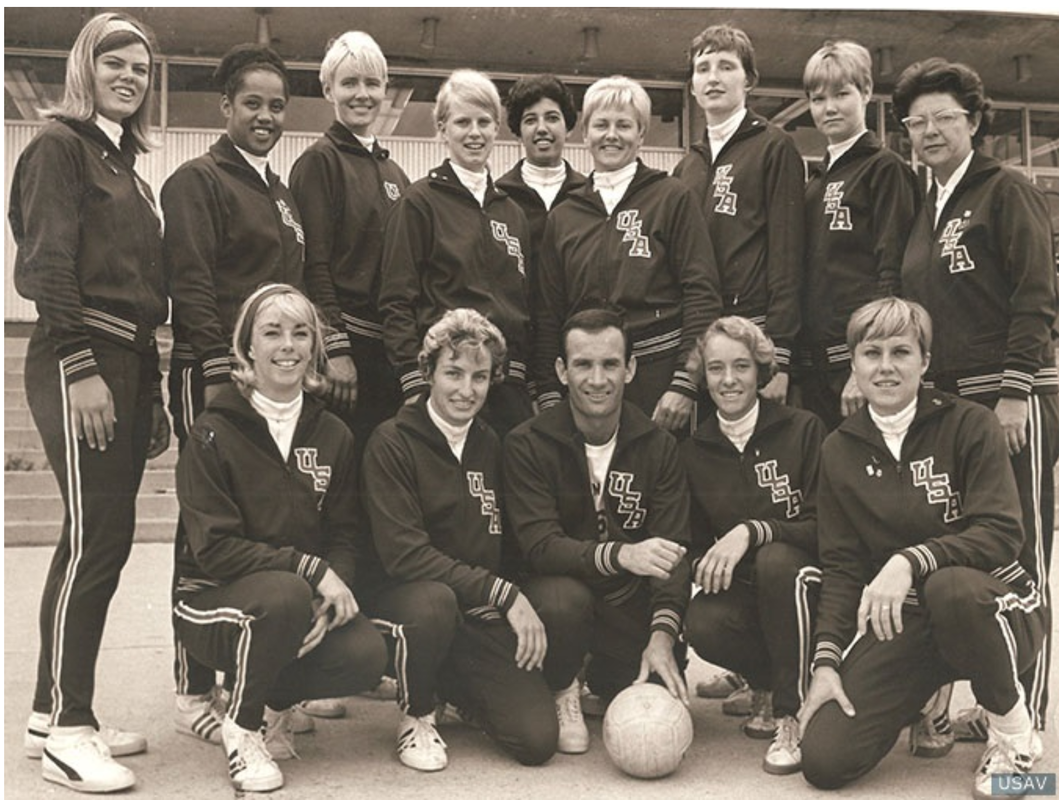 Ninja Jorgensen (third from left, back row) pictured with the 1967 U.S. Pan American Games Team one year before being selected to the 1968 U.S. Olympic Women's Volleyball Team.
©2007-2019 brvc, LLC.  All Rights Reserved.